“Under a boat or carrying a heavy load, we can each be in our own painful state of turmoil. Mentally and physically pushing ourselves on. Cursing, breathing deep, crying. And then at the end, as the weight drops from our head and shoulders, there is an emotional high, an instantaneous euphoric feeling, a personal and collective sense of achievement.”

Established in 1893, Keewaydin is one of the oldest operating summer camps in North America. And while it looks much the same as it did in the early 1900s, merely 20 years ago something major changed: girls were allowed to go ‘tripping.’ As a filmmaker, Hannah Maia was interested in how something established more than a century ago to promote manliness and “roughing it in the woods” could be relevant for teenage girls today. And so, she did what any good filmmaker would do, she joined their expedition. 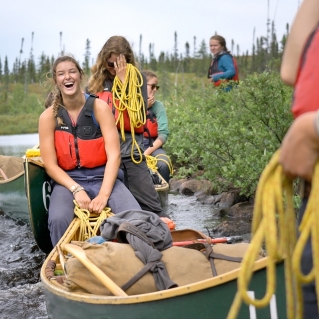 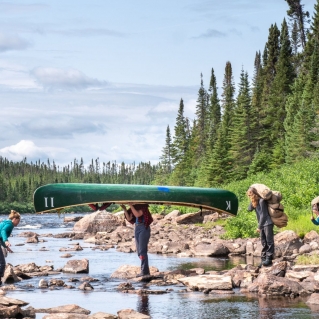 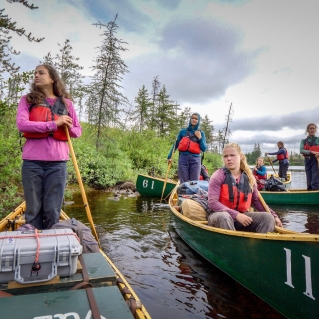 From candid interviews and raw footage, reflective moments and internal musings, Wood on Water demonstrates history and tradition woven into the modern teenage girl’s attitude. It’s a story of many threads as it follows the journey of nine teenagers, two guides and a filmmaker on an epic canoe trip through northern Quebec.

A film by: Maia Media
Read more from the trip on The Guardian.