A Fisherman and His Boat(s)

I like boats. I would say the words ‘junkie’ and ‘addict’ are probably grossly overused exaggerations when describing non-drug related afflictions such as buying boats. When compared to a meth addict or a heroin junky, the negative effects of buying boats fails to compare. So let’s just say that I yearn for boats, and maybe even occasionally lust for them. It’s completely harmless.

As a fisherman, having the right boat can make or break the day. And I don’t just mean in terms of numbers of fish caught, but also in terms of fun and safety on the water. 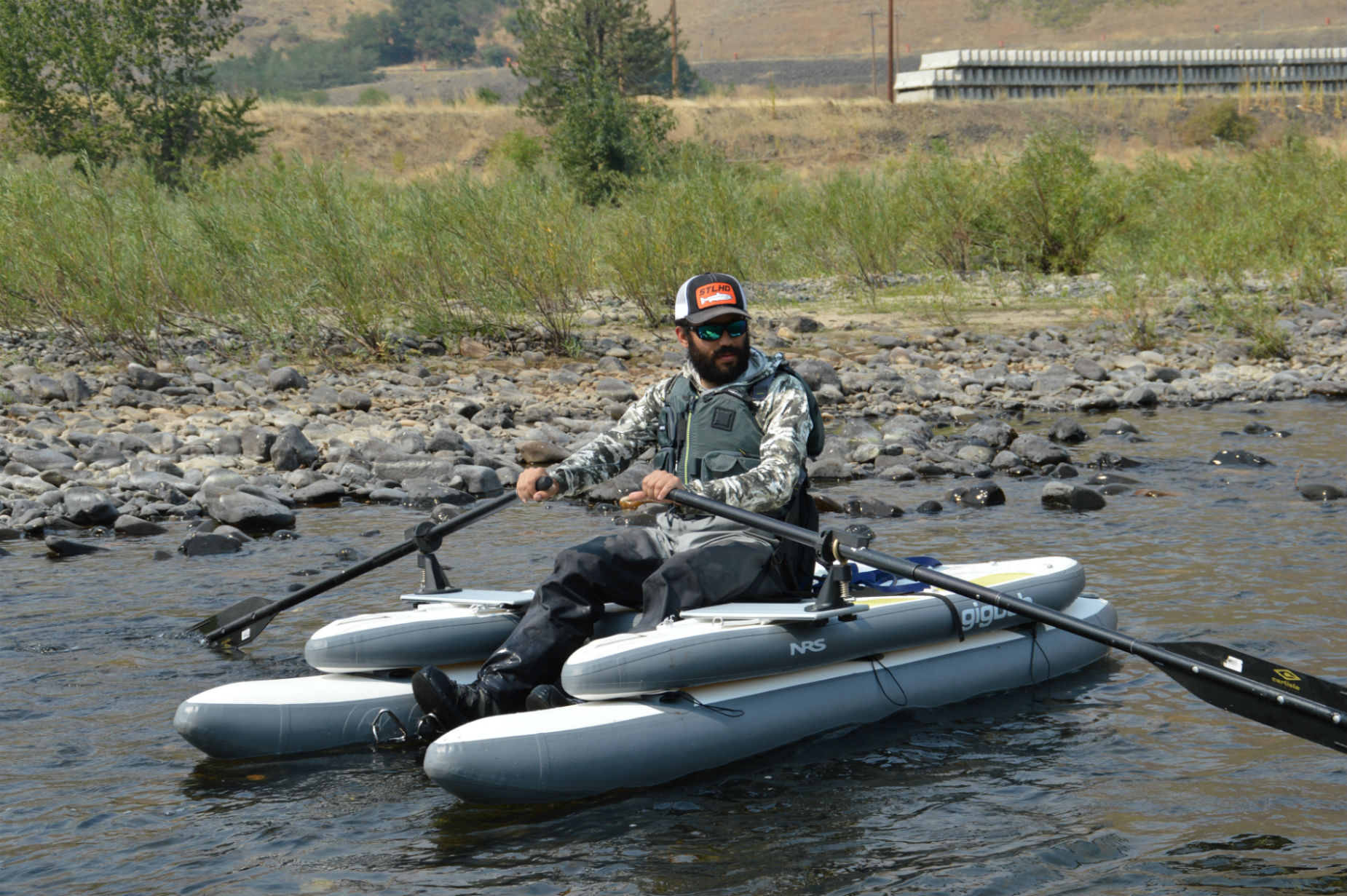 My first winter of living and fly fish guiding in the rainforest of the Olympic Peninsula I had a standard floor raft. I had recently quit my grown-up job and was on a very tight budget when I bought this thing for $550. In hindsight, it was a poor choice and I probably should have eaten more ramen to afford something better. If you’ve ever been to the Olympic peninsula then you know it rains—a lot. Many nights it would rain several inches, filling the boat. I would get up at four AM and flip the raft (with several hundred pounds of water in it) upside down and off the trailer to drain. Then flip it back onto the trailer—by myself and more often than not, still in the pouring rain. Just take my word for it, this is a really crappy way to start a day. The four-am-flip routine almost convinced me to quit guiding that first season. Instead, I found a way to upgrade to a self-bailer. Life got a lot better with the right boat for the job.

In college, two friends and I once rented a 12’ jon boat to go fishing in the Florida Keys. It was something like $50 a day, which was all we could afford. We went shark fishing. The stupidity of this didn’t really become clear until we had an awesome school of sharks circling the boat, which was leaking. Then the bilge failed and the motor wouldn’t start. True story. Obviously, we made it out of there and I would like to think I’ve gotten wiser with age. Next time we rented a 24’ boat and had a whole lot of worry-free fun.

No boat is perfect. This much I am certain of. And that is how I ended up owning five at the present time. I’ll tell you how I got there and how the last one added plenty that the other four didn’t bring to the table. 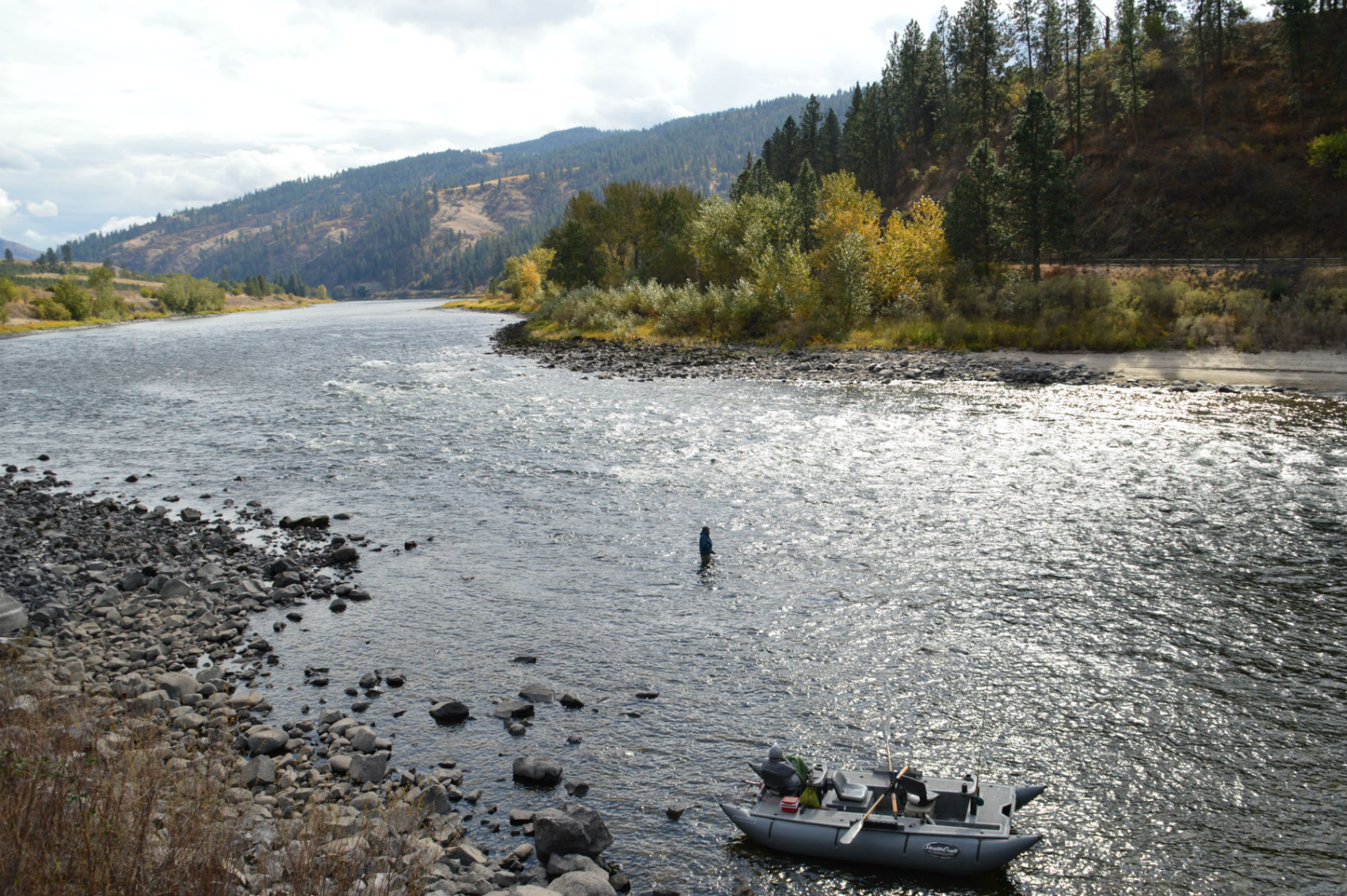 Boat #1: 16’ cataraft hybrid. Previously, I had a 14’ Tributary self-bailing raft with an NRS frame I had custom fitted for my guiding needs. I actually loved that boat, but my trailer sucked. So when the opportunity came for me to swap boats and get a new galvanized trailer without spending a dime, I took it. I now have this crazy boat, basically a fiberglass drift boat that sits on two 16’ cataraft pontoons. It’s actually pretty cool; it’s very stable, with lots of dry storage, and I can put a kicker motor on it for stillwater use. My clients love it. The downside, it’s really frickin’ heavy (impossible to launch at unimproved sites) and doesn’t drain well for bigger whitewater. It’s far from perfect, which leads me to boat #2.

Boat #2: 9.8’ Tributary self-bailing raft with an NRS frame customized for my needs. This thing is also pretty frickin’ cool. I bought it so I could launch in places where no one else can and still accommodate up to two additional people (my clients). I can strap it to the top of my truck, or with a little finagling I can fit it inside my truck. Either way, it allows me to tow a small camper as well, which I obviously couldn’t do while towing my other boat. My wife and I took the camper/boat combo all over the west this summer. I really, truly love this boat, but it’s too big to carry on my back and load on top of the truck alone and too small for my everyday guiding so here comes boats #3 and #4.

Boat#3 & #4: NRS Packrafts. I know, I don’t need two. But if I want to bring a friend it’s really nice to have that option. These things are amazing for backcountry work; I can’t imagine life without them. But I wouldn’t call them everyday boats. They’re just too small. 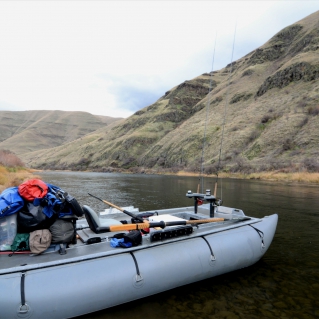 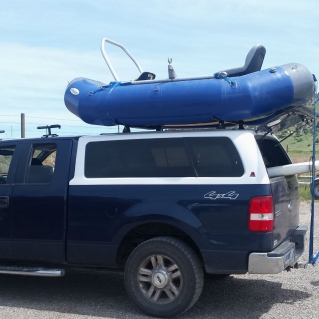 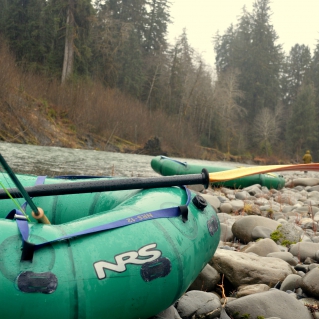 Boat # 5 Whew, boat number five…it may sound ridiculous but it actually really does serve a bunch of purposes that the others don’t: The NRS GigBob.

It’s hard to overstate the value of having a boat that fits in a backpack. Or in the trunk of your car. It can be with you at all times, ready to go at a whim. My previous experiences with single person pontoon boats similar to the Gigbob all had big frames that either took up so much room I might as well go back to Boat #2 or they took hours to set up. Or even worse, both. Lots fit in that category. The GigBob solves both issues: it stores in a backpack and sets up in under ten minutes. Bingo. 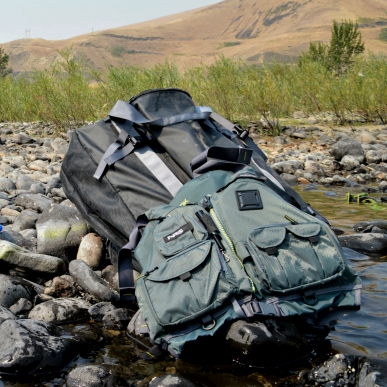 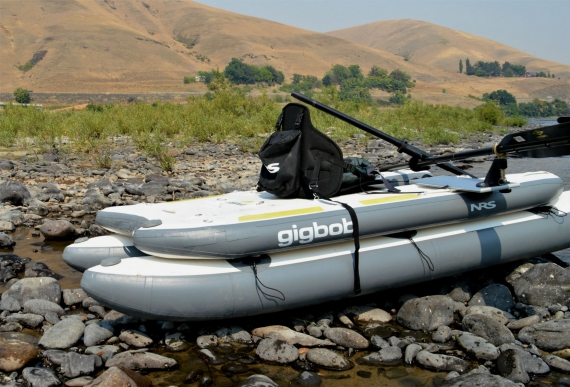 I love my packraft, I’ve said it before, nothing can get you farther into secluded places where most people can’t venture. But the rest of the time, the luxuries of a (more) conventional boat, like comfort, are nice. For instance, a backrest is really nice. No, not a thwart or an edge of a tube, but a standard backrest. The GigBob comes with an adjustable, padded seat—and extra space. Want room for a gear bag and a rod holder, tackle box or cooler? Yeah, me too. There’s even room for my dog, if I leave some of the gear behind.

The manner in which I typically fish is to swing flies for anadromous fish. This means I use a boat for transportation and get out to wade while fishing. It involves a lot of entry and exit from the boat. I’ve yet to find another boat that makes this easier than the GigBob. All you have to do is stand up, there’s no climbing in or out. It may not seem like a big deal but trust me, it’s huge. 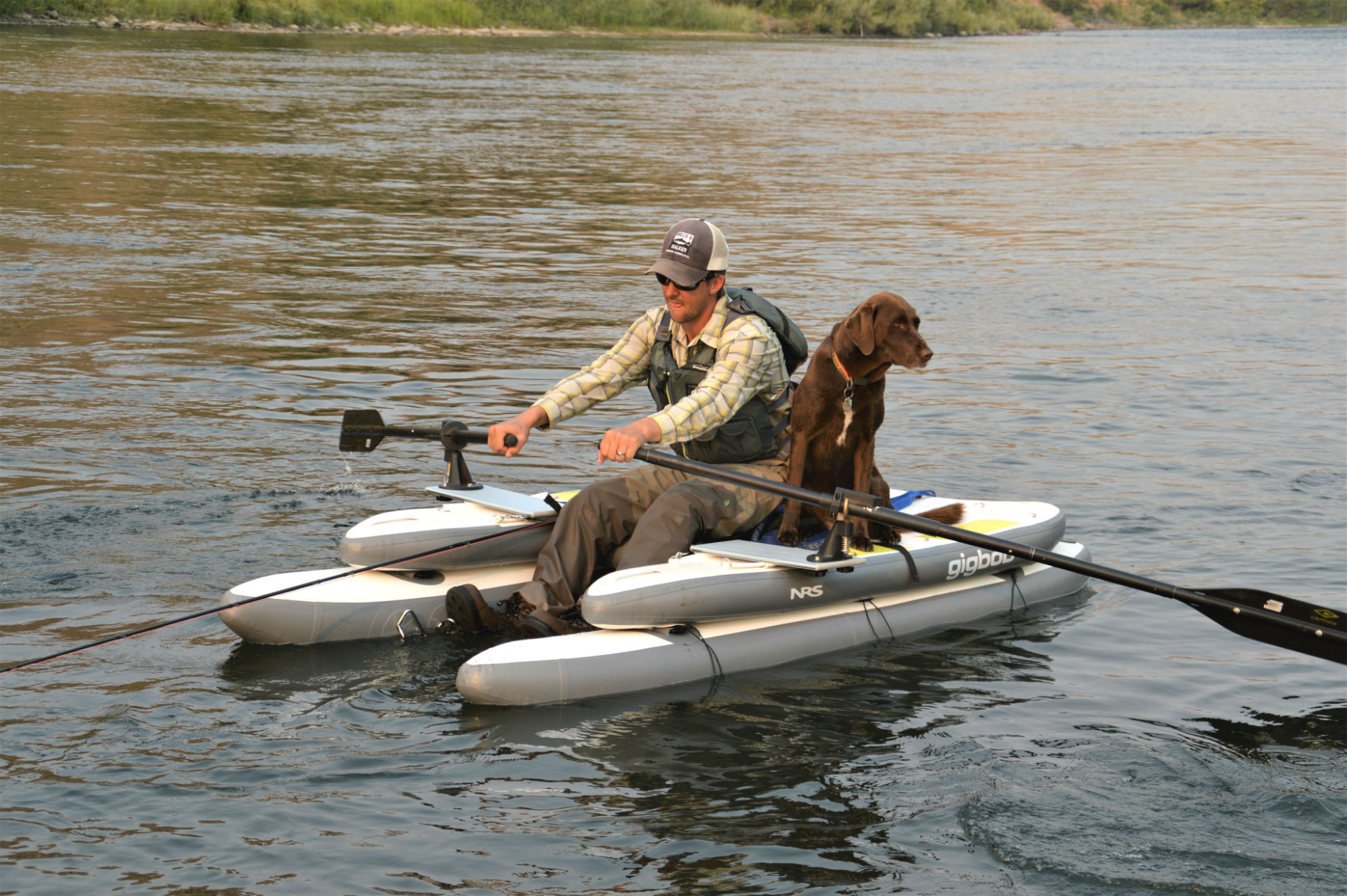 The packraft is also not a boat you fish out of. You sit too low and have too much to manage with a kayak paddle in your lap and a fly rod. By simply detaching the pontoons from the upper portion of the GigBob, though, I’m able to use it as a kickboat, which opens up a whole new stillwater world that was previously unavailable to me, even with four other boats.

See, I’m not a boat junky; I’d really like to think that I’m just pragmatic. In all seriousness, for an angler who often fishes alone and who demands versatility and portability from their watercraft, the GigBob may be hard to beat.