Gentlemen in the Wilderness

I wake up to the southern Colorado sun earlier than the rest of my boating crew and go for a walk. I’ve just finished another diversity, equality and inclusion training for work and this subject and how it relates to the outdoors has overtaken my thoughts. As an outdoors(wo)man, I’m well-acquainted with the inequalities of how women experience the outdoors in comparison to men. As I walk along this desert dirt road, I’m keeping my eyes out for not only rattlers and cougars but also men lurking in the bushes. It’s not a conscious choice but an involuntary response to our culture.

I’m here preparing to launch on the Dolores River to celebrate the end of a nine-year ‘drought,’ along with many other boating parties. As I walk and think, I can’t help but compare the Dolores’s rejuvenation with the emerging women’s movement toward demanding equality, particularly in the outdoors. 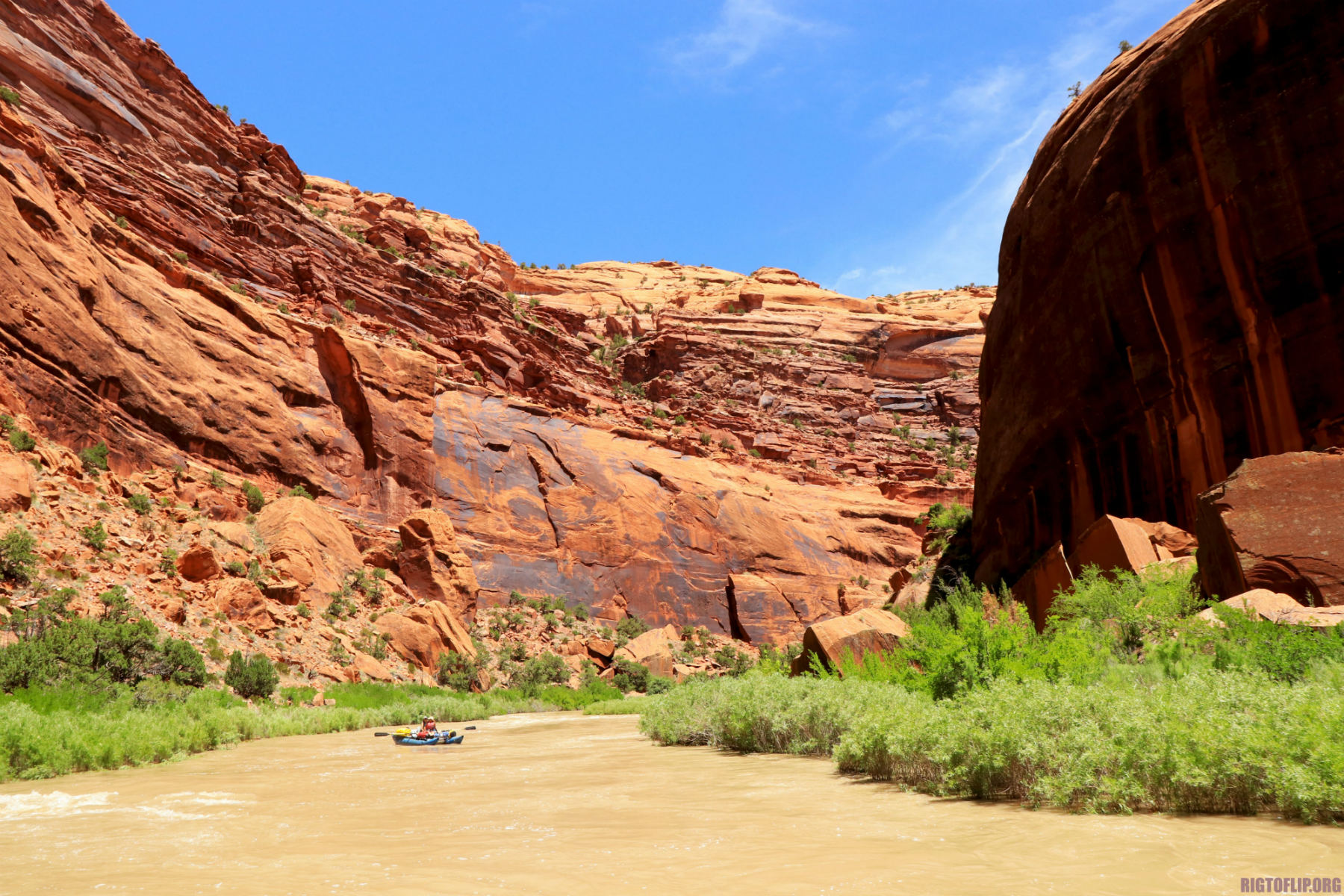 I reflect on the last time I was at the Gypsum Valley boat ramp in 2016. Along with two gentlemen, I embarked on a 209-mile journey on the Dolores, a tributary of the Colorado River. We began our trip at the dam on an 80 CFS flow, barely floatable and causing us to walk our boats like pets downriver. We took out in Moab on 24,000 CFS.

Our packrafting trip was an act of protest, as well as an effort to raise awareness of the dire ecological state of what resided below the McPhee dam. A dam put into place to meet the agricultural needs of the ranchers and farmers on the plateau of one of the most beautiful river canyons in North America. It is the hands around the neck of the lifeline to the entire nature corridor between McPhee Dam and the confluence of the San Miguel River.

(I won’t force-feed you a choking metaphor to compare the Dolores to how women have felt for centuries, but it’s there. Read between the lines.)

I stop walking to see if I could recall a single dam given a woman’s name — McPhee, Glen Canyon, Hoover. I wonder why dams often bear men’s names. These dams made by men, built to oppress and prohibit the natural pathways of mother nature. I shrug, no one to see it but the sage and sandstone.

When we brought our packrafts down there hadn’t been a water release from the dam in five years. If the water managers elected not to do a release in 2016, it would mark six years since the native fish had seen viable flows, six years since the willows and cottonwoods have rejoiced as snowmelt fill their roots. We were the only boaters down there at the time and maybe the only ones to venture down certain sections of the Dolores River in years.

The last time we were here, overgrown grasses and willows suffocated the boat ramp, the camps nearly unidentifiable. I couldn’t have imagined the scene that unraveled before me when we arrived at the boat ramp this time. I had never seen the boat ramp with so much energy. They had recently installed new sun shades, making the campground more inviting and comfortable. And now, boaters fill every campsite and park their trucks and trailers in the overgrown grass wherever they can fit them. 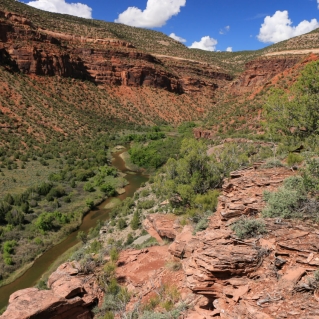 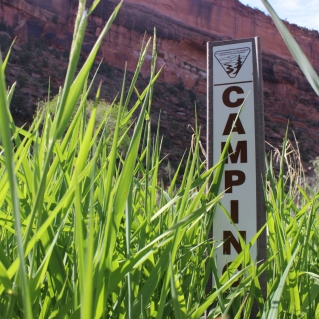 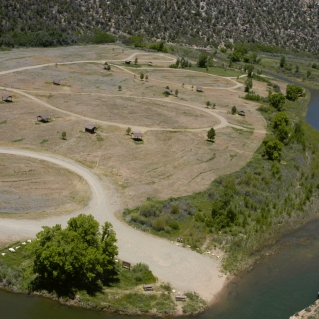 Boaters celebrated the Dolores for being loud, for coming back to life and being unruly. The reservoir had filled beyond capacity and the water rushing down the canyon flowed wild, angry and fierce. Like the Dolores River today, women no longer accept the restraints and forced silence. Passion and rage flow from the present-day women and the Dolores—a force not to be reckoned with, no matter what barriers lie in the way. However, unlike the banks of the Delores, fewer advocates stand beside the women of this new movement.

The #metoo movement created earth-shattering waves in the outdoor community as women spoke out about the sexual harassment and hostile work environments they have been exposed to while pursuing their careers or outdoor recreation experiences. It’s difficult to wrap my brain around as I am an outdoor educator and the men who I have worked with and boated with have been gentlemen.

I mean, for the most part, they are still rafters after all. They joke and play rough at times but they are respectful and helpful to every person in the group. Other men could learn a thing or two on how to be gentlemen on the river from those I consider my river family. 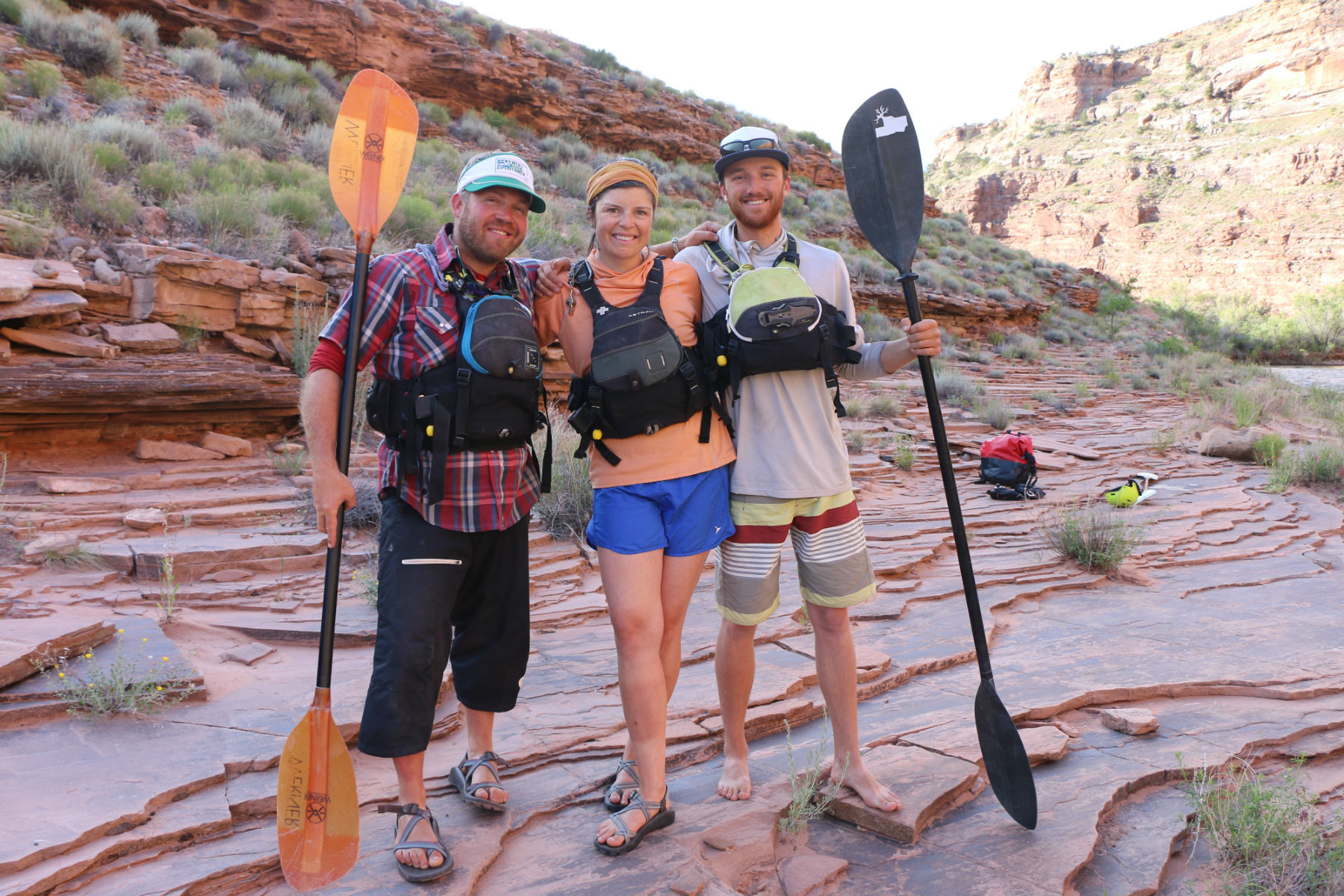 Because I’m a woman, I find it easy to become hyper-focused on the different ways women and men experience the outdoors. Now, I’m a lot of things. I am an educator, I am a scientist, I am a writer, however, I do not consider myself a feminist. As an advocate for equal rights for all walks of life, I’m proud that in our current environment, the woman’s narrative and voice is becoming louder. However, I’m concerned about that voice drowning out the gentlemen who still exist in the world.

I keep my eyes on the river on this spring runoff morning and think to myself “how else do women and men experience wilderness differently? And not only genders but ethnicities, LGBTQ+ community members, and other minority groups? How do we remedy any issues to make the outdoors a more inclusive playground for every single person?” 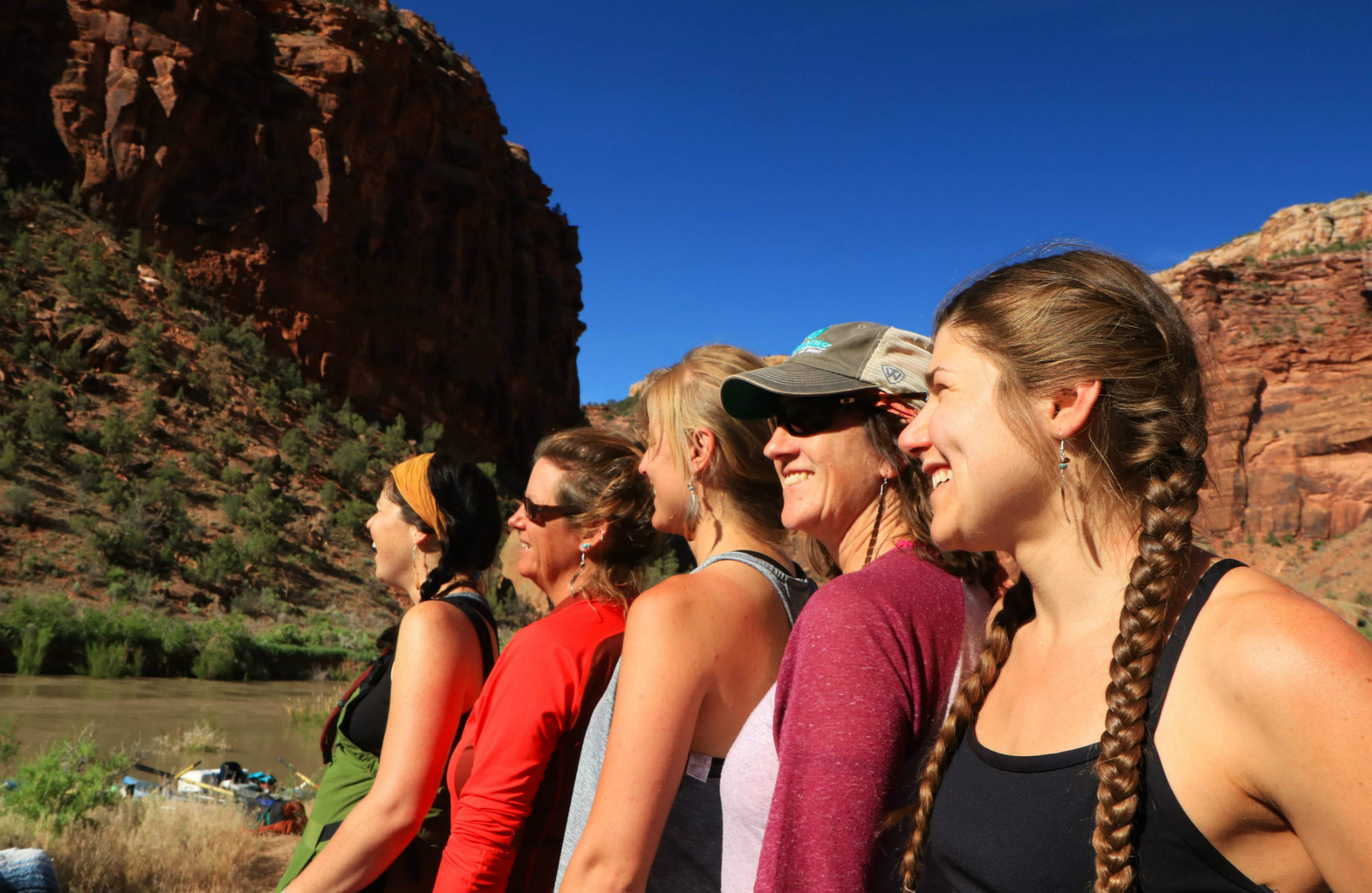 I return to camp with my morning questions stirring in the back of mind and prepare to launch with my crew—myself, two other women and a single male friend, one of the two men I had packrafted with on the 2016 float. The gender ratio has flipped this time around and he remains a gentleman all the same. As we are rigging gear I take a look around. The boat ramp is full of kids, mothers, dads, Miltons, ladies, gentlemen, humans who are all here for the same reason—to share and enjoy the ephemeral flows of the Dolores as a result of a good snow year.

It feels comforting to launch, return to the river with my friends who love and respect this place. We note the willows underwater, the lack of high water mark, the copious amounts of people and synthetic materials on the river banks. On our trip in 2016, willows, poison ivy jungles and grasses covered the banks so densely, we could never see to the other side. A bear even managed to surprise us; we didn’t know it was there until its snout parted the willows before it entered the river within a couple of hundred feet of our packrafts. 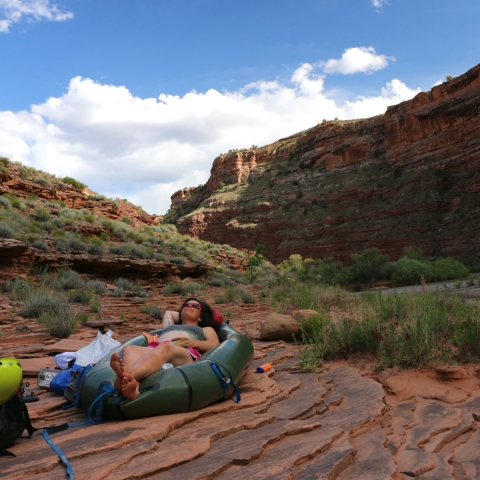 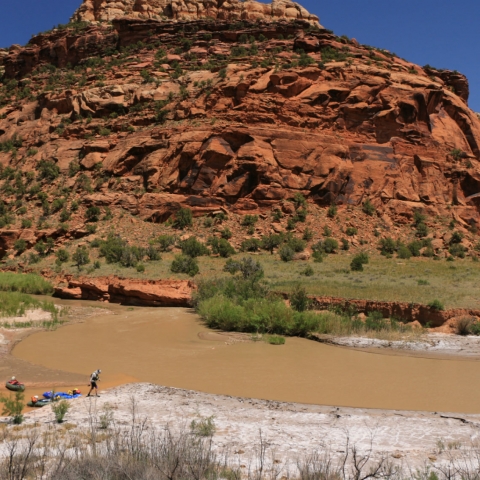 Our friends arrived last night to rig their boat and prep for launch. We navigate the various camps to draw ourselves closer to the human-made coyote howls we know belong to our wild women. They are also in awe of the amount of movement and chaos happening as a result of the dam released snowmelt that has brought the hoards to our beloved place.

After finding the other two women, our group is whole and I pose the questions that had been circling around in my head to the group.

They recall their experience at the boat ramp of navigating the small launch site with their truck and boat trailer. They were just two women backing up a trailer, looking for a man to help after growing frustrated by trying to do it themselves. The man they find refuses to do it for them. Instead, they use hand signals and shouting to help teach LeAnn how to do it herself so she can do it alone the next time she’s in that situation.

You see, gentlemen empower—not belittle—women. The ladies appreciated the help and said that wouldn’t have happened twenty years ago. One of them says “I think the message is out that we need to start leveling the playing field in the outdoors.”

I also questioned the boating—and general—vernacular of our sport and era. As a woman, I have experienced my fair share of outdated name-calling—“honey”, “darling”, “sweetheart.” As a bartender, I’ve had men say inappropriate, sometimes grotesque things to me to elicit some sort of reaction. However, I’ve been lucky enough to never encounter anything like the sexual harassment female raft guides have experienced on the river.

What I have been witness to are the gender-related put-downs. Name-calling like “don’t be a dick,” “why don’t you grow a pair” or “quit acting like such a pussy.” Taking a stance on the vocabulary used on the river helps in creating a paradigm shift. Redefining what it means to “paddle like a girl” and correcting others when they tell someone to “man up” in big water is not solely a woman’s job. 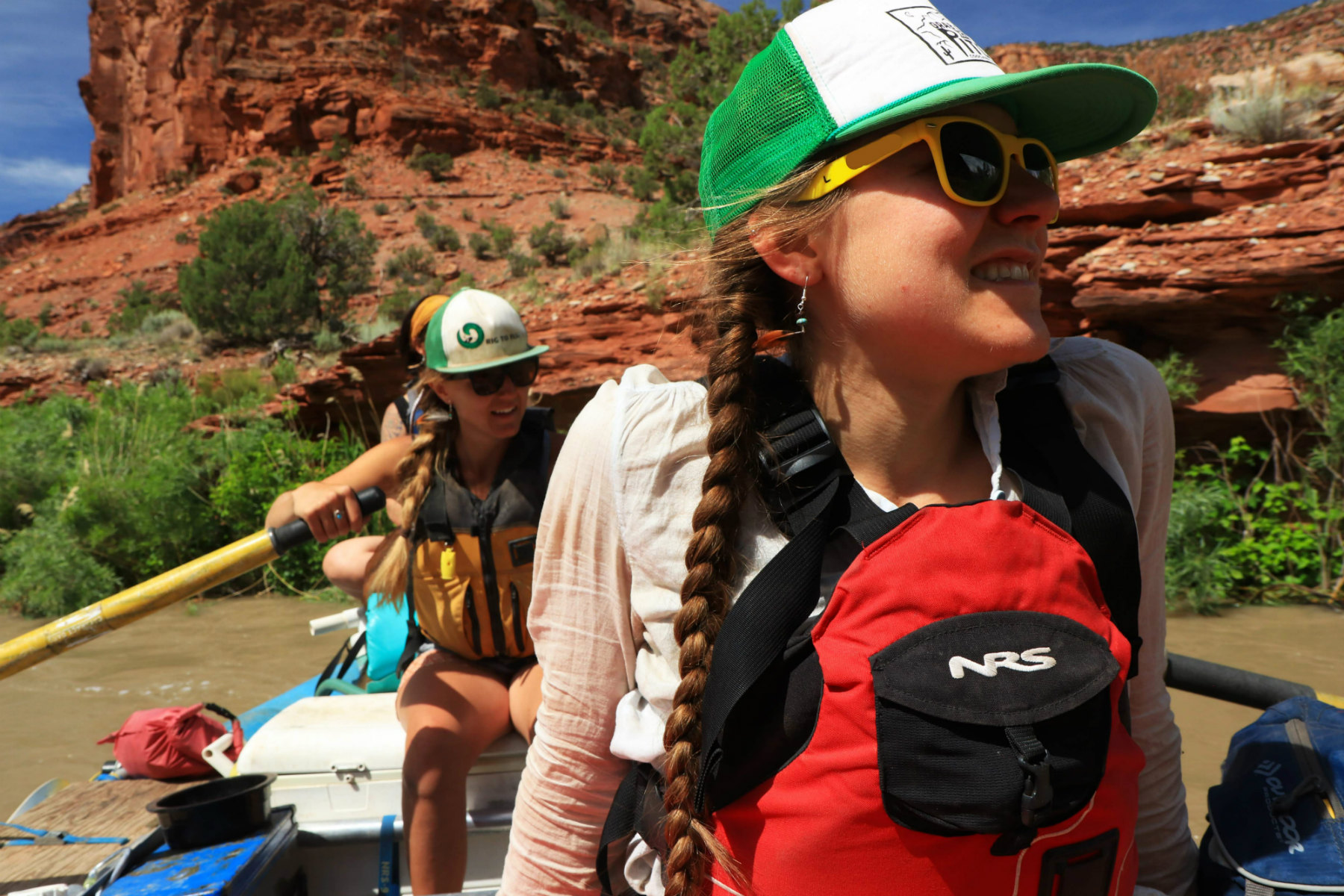 Gentlemen choose their words wisely and being an advocate for women and equality can be as simple as holding you and your friendship circle accountable for the words they choose when recreating. It’s a small step toward breaking down what is accepted in our society and what should no longer be.

Gentlemen aren’t always the ones at fault, though, when it comes to this gender rut we’ve found ourselves. I’ve noticed something interesting that happens whenever I get outside with a boyfriend. I become incapable of carrying heavy objects and forget how to tie even the simplest of knots. I relinquish control over tasks I have dubbed as “boy jobs” and fall into gender stereotypical roles like washing dishes and preparing meals.

Boys, please don’t let us do that.

Make us shlep our own gear, de-rig boats, build campfires and clear out overgrown campsites with the hatchet. We might not be able to strongarm the kitchen dry box the way you can, but we can give you a hand so you don’t blow out your back in the process. 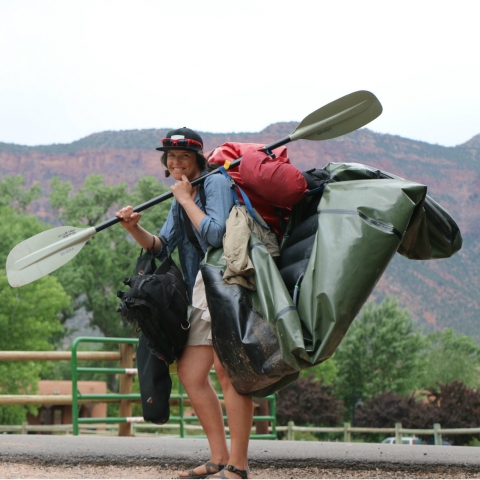 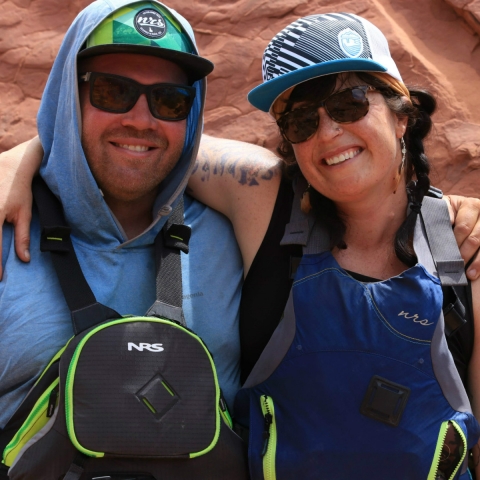 During my previous packrafting trip, I tried to get out of hauling the heaviest bag or running the bigger rapids first, and instead tried to retreat to tasks such as cooking dinner or breaking down camp. Consciously or not, my friends refused to let me fall into gender stereotypical roles and held me responsible for contributing to our team. Because gentlemen hold women accountable.

They did, however, make the “Whitney Sandwich” when I was too scared to run certain rapids—one in front, one behind—to set me up to feel as safe as possible. I like to believe they would have done it for any of their male friends as well. 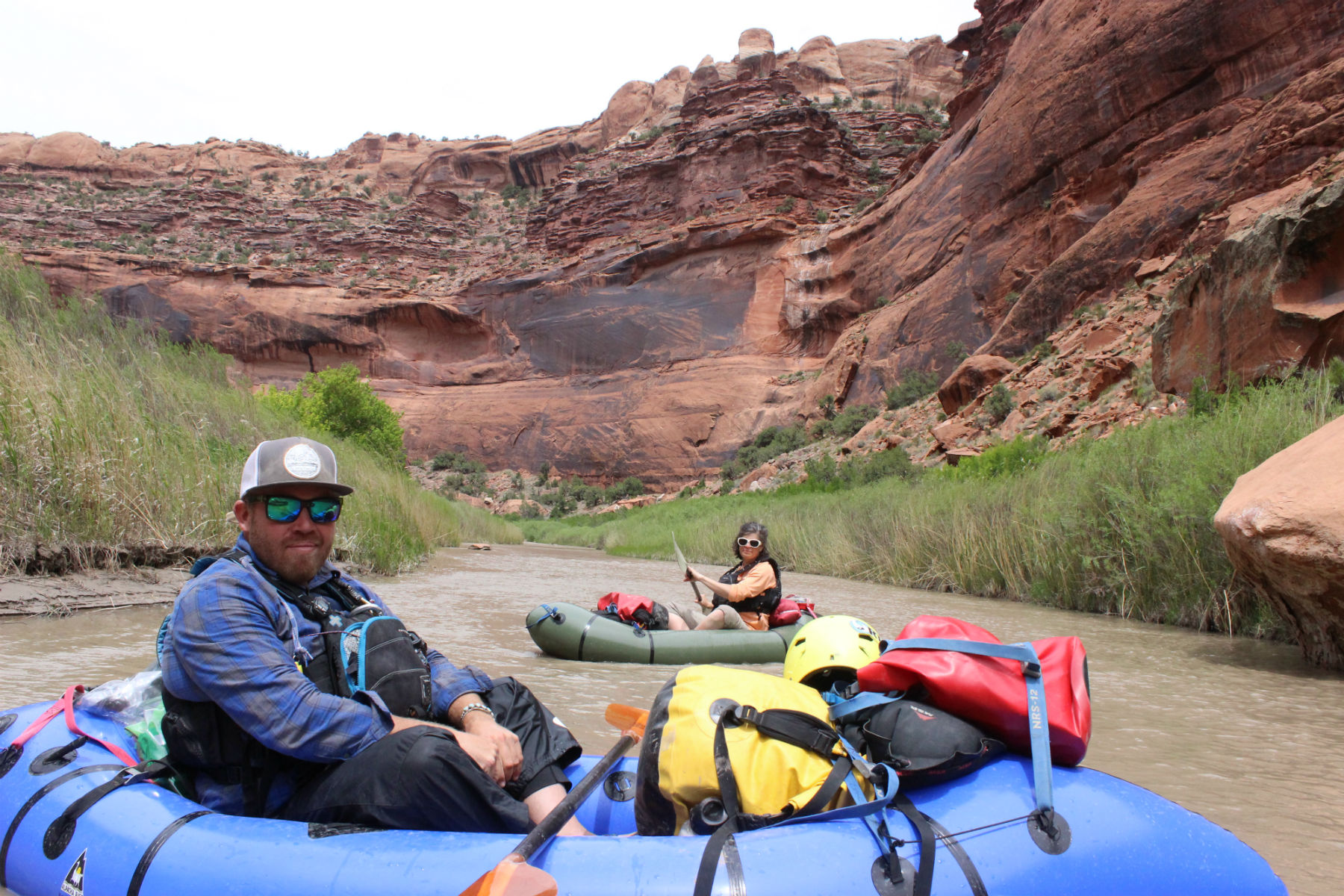 Traveling with rugged gentlemen has enabled me to keep my faith in humankind while reading other women’s unfortunate accounts. It empowers me to not have my wilderness experience dampened in fear of the potential dangers of what lurks in the dark.

I am so appreciative that no one has ever threatened, belittled, or thought of as me anything but another contributing member of the boating crew. The gentlemen in my boating family are respectful, self-proclaimed eco-feminists. They pride themselves in teaching women how to row, how to set up camp, and how to get out on their own to experience the river without the help of others (male or otherwise).

Just like the delicate ecosystem that resides below McPhee dam, we are all in need of water and, in that way, are equals and we should treat each other as such. We must feed one another, lift each other up, empower one another and move forward with kindness. Boys, I encourage you to be more self-aware and don’t be that guy—be a gentleman.

Editor’s Note: All photos courtesy of Cody Perry and Rig to Flip.