Priscilla Macy-Cruser was resigned to the possibility of 30 log portages in the first day—alone—on the North Fork of Silver Creek, a remote, rarely explored tributary of the Illinois River in Southern Oregon. Instead, she and her crew found fresh snow, innumerable shadow logs (with enough space for a paddler to pass under), mostly fun read-and-run class III-IV with a few scouts, a 20-foot waterfall, and a handful of semi-strenuous portages.

Suffer-fest averted, Priscilla looks back and calls the North Fork Silver Creek expedition one of her all-time favorite sections of water, although she is adamant that it’s tough to pinpoint a favorite singular river. “Each river trip, the people on that trip and landscape have their own memories, lessons learned, and unique values and callings.” 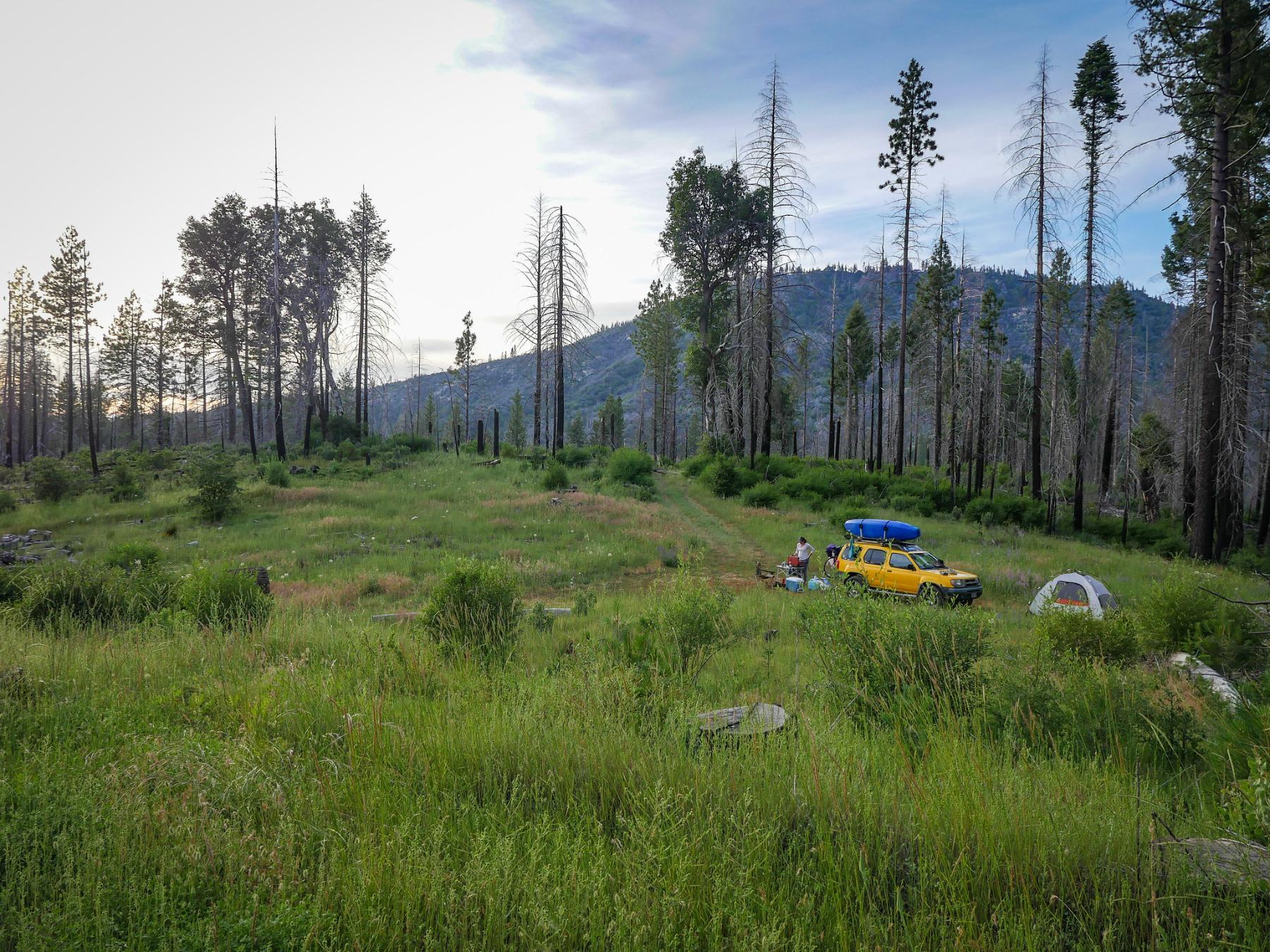 Forget printed and widely circulated river maps and American Whitewater reconnaissance, YouTube scouts and firsthand beta. Satellite images and google maps are all Priscilla needs to prepare herself for a kayaking expedition into uncharted whitewater with her favorite paddling partner (and husband), Jacob Cruser.

And it’s obvious that she’s all about kayaking lesser-traveled drainages, embracing the challenges they bring. What the mediocre kayaker might consider unnavigable, Priscilla sees as a diamond in the rough, a can’t miss opportunity. The harder to access, the more remote, the deeper tucked into wilderness, the higher the quality of gem found.

Throughout her paddling career, Priscilla has gotten up-close-and-personal with the most pristine PNW waterways. Because of her first-hand knowledge of their splendor, no matter the red tape, she has a fervent desire to legislatively protect them. 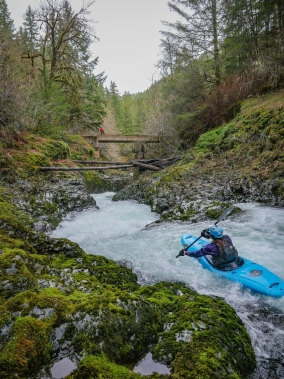 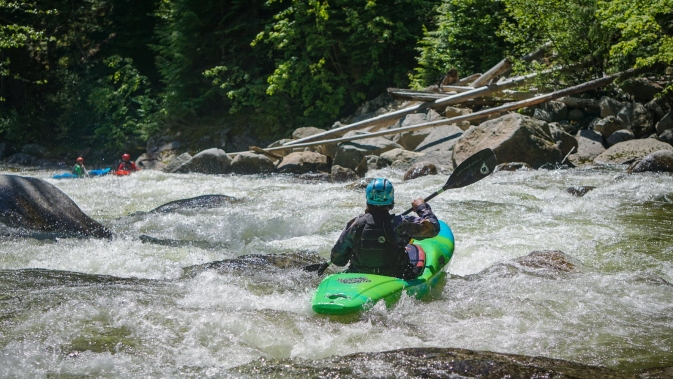 Her recent conservation efforts were aimed at the River Democracy Act. Cam strapped between Washington to the north and California to the south, the state of Oregon has the most Wild and Scenic free-flowing stream mileage in the lower forty-eight. Currently tallied at 2,173 miles, the River Democracy Act aims to triple this number. This bill is just one of the river-centric conservation initiatives Priscilla has pushed for.

Over the years she has racked up hours advocating for dam removals on the Klamath River and Snake River, served on the Governor’s Task Force on Outdoor Recreation, and led initiatives to ensure the continued success of the Oregon Office of Outdoor Recreation. But she’s most proud of the Waterway Access Legislation, which she co-authored into law in 2019.

Between expeditions and legislation, her list of kayaking-related accomplishments is long, but she feels the media she gathers and creates on the rivers is the most impactful. “I think the most important thing that I have done in kayaking is being able to document and share what makes these places so special. Sharing images, videos, and narratives of these places really give power to conservation and recreation access, conversations, and efforts.” 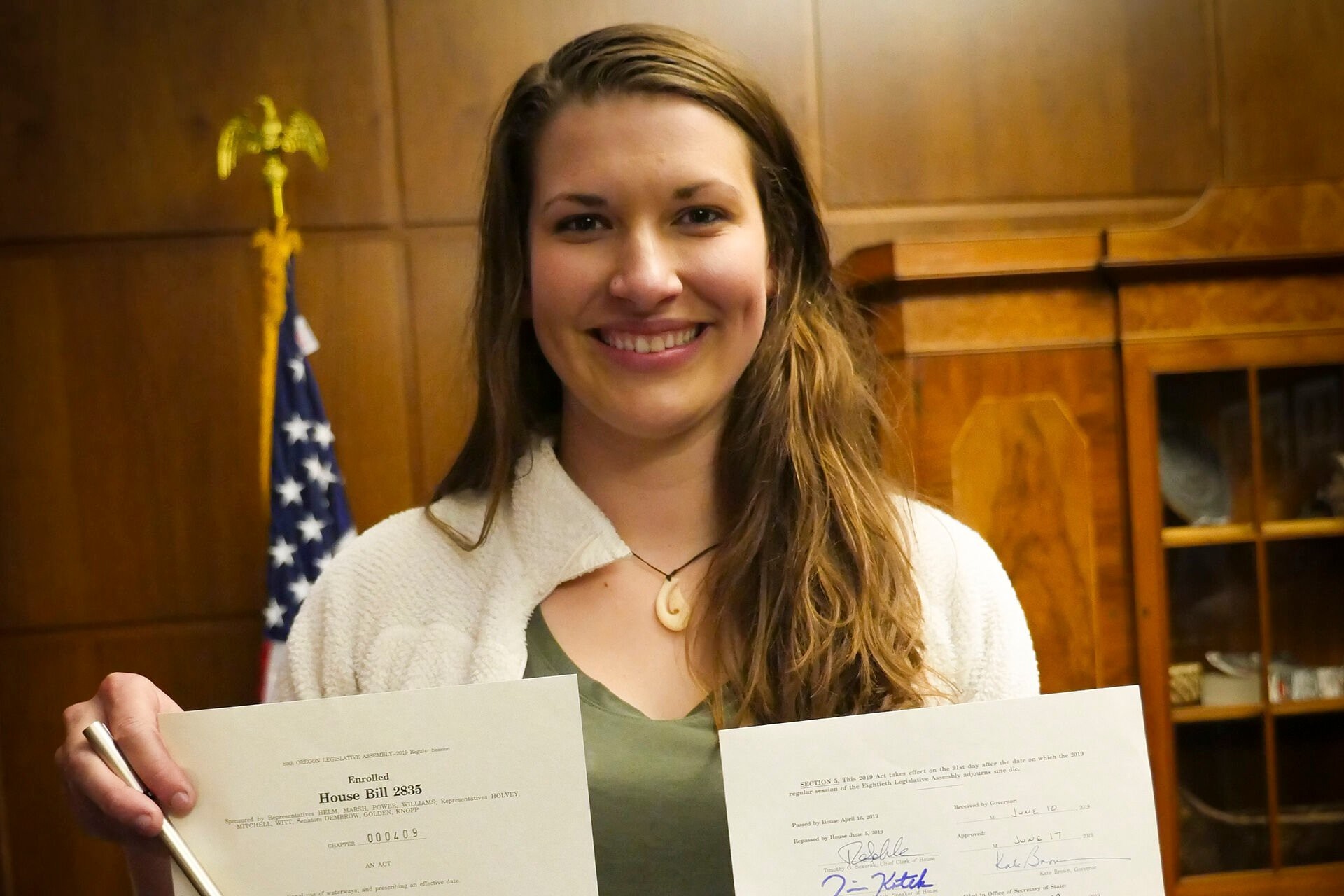 The barriers Priscilla has had to push through to successfully protect rivers have granted her a new perspective on the other barriers that many encounter as they try to enter outdoor spaces. “We have to understand that society’s hierarchies of identity, especially for race, gender identity, sexual orientation, body size, and economic class, do not magically disappear in the forest, the ocean, the mountains, or on the river. We must become open to understanding why and how certain people are discouraged and excluded from recreating outdoors and remember that while access to the outdoors should be a natural human right, it’s not always that easy.”

Priscilla came to this perspective while applying what she learned earning a Master’s in Business Administration and a degree in Recreation Resource Management from Oregon State University. “Outdoor recreation is a powerful way in which we can shape our personal and societal connections to our natural environment. By sharing these places with others and encouraging responsible ways to recreate, I believe that we can collectively further protection of, access to, and enjoyment of lands and waters for generations to come.”

During her time at Oregon State, Priscilla worked as a student instructor for the Adventure Leadership Institute/Outdoor Recreation Program, a Graduate Assistant in the Department of Diversity and Cultural Engagement, a summertime river guide and competed as a Division One Rowing athlete. Today she has over a decade of policy and advocacy experience working in Oregon and nationally in the outdoor recreation industry. 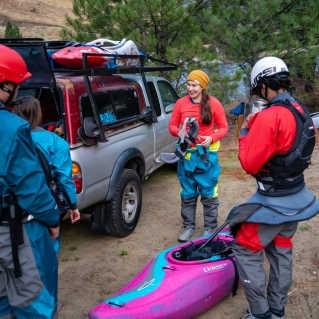 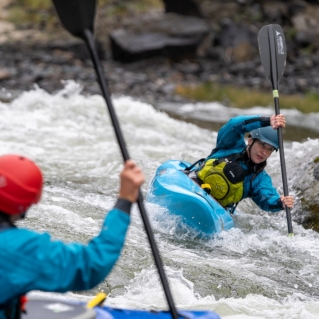 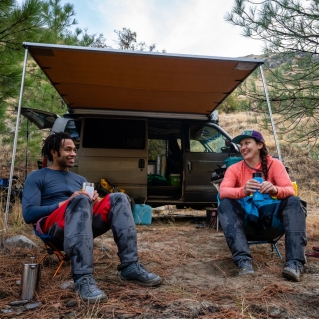 But like most, Priscilla first started paddling to fulfill her own accomplishments, identity, abilities, friendships and community. “Looking back, I now see paddling has been my nexus into conservation and to improve how we collectively view rivers and interact with them,” she says. “I don’t want the outdoors and rivers to be an exclusive or privileged experience that prevents newcomers from traveling the same road, path or river. Especially, because the future of outdoor recreation depends on the diversity of people who care about it.”

To those who might dissuade inclusivity as a worthwhile effort, Priscilla notes widely known data published by the U.S. Census. Although White people are the leading majority participating in leisure and recreation activities outdoors, by the year 2042, White people will no longer be a majority population in the U.S. Just like exploratory multi-days, she thrives on the challenge to strategize and charge a path forward for inclusivity.

One strategy is understanding. She’s sympathetic to both folks feeling excluded and to the learning curve for organizations. After all, similar to team dynamics on a river expedition, everyone is in it together. “There is no single nor easy answer,” she says. “But we can start by increasing our individual and organizational awareness and knowledge and by learning what tools exist to help facilitate breaking down the barriers to participation in outdoor recreation activities.”

Outfitters and individuals working to broaden their understanding of outdoor inclusivity principles can start by simply reading, listening, and following resources such as The Adventure Gap; Black Faces, White Space; Code Switch; Diversify the Outdoors; and Melanin Basecamp. 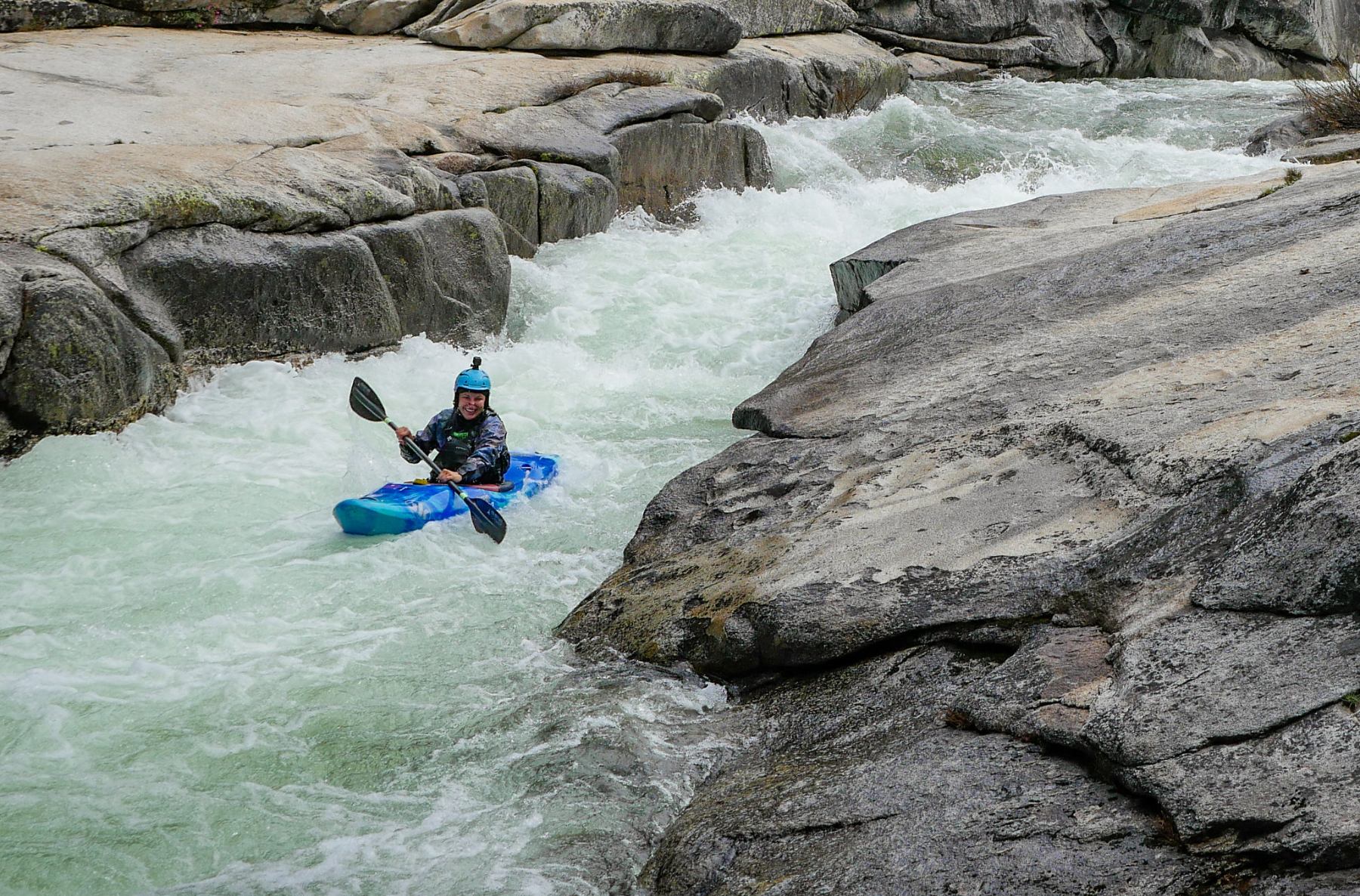 When she’s not moonlighting as a river protection superhero and advocate, the former Executive Director of Oregon Outfitters Guide Association, Priscilla has a full-time role as a Wholesale Account Manager with NRS. In addition, she shares her philosophies, approaches, and learnings through media production. Kayak Session Magazine publishes her narratives in a regular column, she writes for American Whitewater and co-hosts the podcast River Talk.

Before launching on any river, especially the most challenging and remote, like the North Fork of Silver Creek, Priscilla likes to challenge herself to make good— yet not cowardly—decisions. She believes fear should not be the driving force on the river. “I think most individuals who have paddled for a length of time have had somber reminders that the river doesn’t care who you are or about your ability level. It can provide moments of elation, wonder, accomplishment and fulfillment.  It also has the power to humble us and to take life. Any time I am paddling I try to remember why it is that I paddle and to never forget the moments that have brought me to elation, as well as those that have brought me to my knees.” 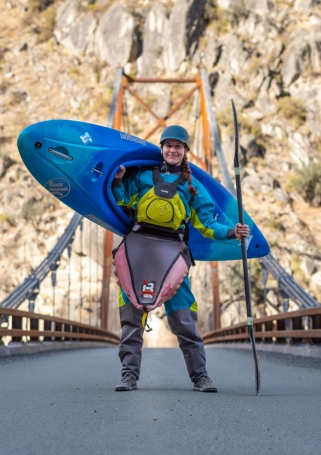 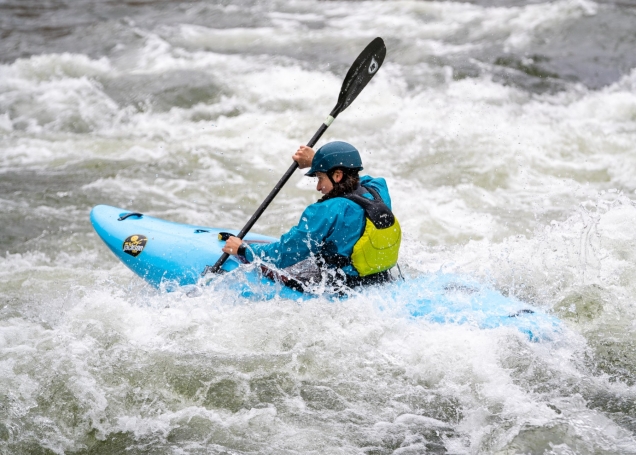 An undertow of the same enduring strength and unwillingness to relent to cowardness is palpable in her conservation and inclusivity work, which makes those efforts even more impactful. She refuses to let fear or the unknown drive her on or off the river.